Cheesies is a simple idea: take cubes of cheese, dry then bake them until you have crunchy popped balls of deliciousness.

Cheesies are made from actual cheese, and nothing else. One ingredient, that’s it.

If you’re not sold yet, Cheesies have no carbs, are high in protein, gluten-free & vegetarian.

Cheesies are not just any snack. Not a cheese-flavoured snack. Not a snack that offers a cheese-like substance. A snack that’s made from actual cheese, and nothing else. One ingredient, that’s it.

Cheesies were created when the co-founders, David and Craig realised the potential of targeting the growth in the UK snacking market alongside the increasing popularity of low carb lifestyles.

With all the goodness of cheese, Cheesies have been described by consumers as a ‘tsunami of savoury joy’, they are filling, and easy to snack on the move.

Consumers can now enjoy cheese on the move, thanks to Cheesies 20g packs. Whether it’s the train, the park or the sofa, Cheesies sets cheese free from being restricted by a fridge.

Proving to extremely popular with those on keto/no or low carb diets, as well as other fitness and health communities. But overall, Cheesies are for those who love cheese, and who doesn’t love cheese? 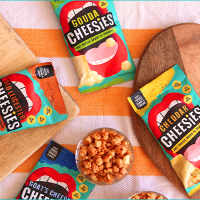 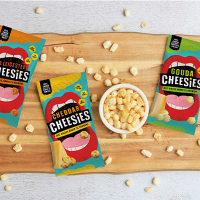 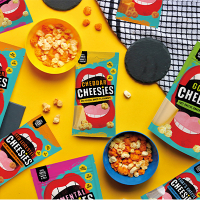