Peter’s Yard use only quality, natural ingredients to make and hand bake their Swedish inspired Sourdough Crispbread products. Ideal to complement a well-balanced cheeseboard, as a lighter alternative to bread for breakfast, lunch or dinner or paired with dips as a quick and healthy snack.

Peter’s Yard want to bring the very best of Swedish baking to the rest of the world. The story began when founders, Ian and Wendy set out on a mission to discover the best Swedish bakeries and bring some of their favourite bread, cakes and biscuits back to the UK. On their journey they visited Peter Ljunquist’s Swedish bakery, Peter’s Yard . There they drank coffee, chatted to Peter and enjoyed “fika”. They also discovered the most delicious crispbread (knäckebröd) they had ever eaten. It was simply too good to remain confined to one small bakery, so they decided to work with Peter, to make this authentically Swedish, delicious crispbread available across the UK.

The team used naturally fermenting sourdough, Shipton Mill organic flour and the very best, natural and organic ingredients. Recommendations spread by word of mouth and soon, the unique, golden crispbreads started to be selected by chefs at Michelin starred restaurants and began to win plenty of awards. From a cautious start, making just 50kg of crispbread a week (that’s not even enough to fill one small bakery van), they are now producing fifty times that much in order to keep up with the growing demand from food lovers who claim to be “addicted” to their crisp texture and subtle flavour. In 2015 the Original recipe crispbreads were awarded Top 50 status in the Great Taste Awards and were described by the judges as “the best biscuit for cheese out there”.

Find out more at petersyard.com 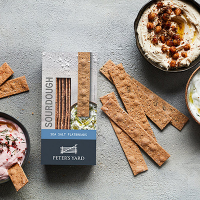 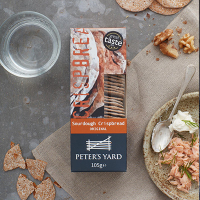 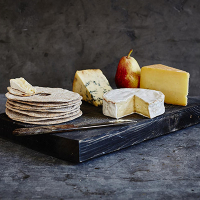 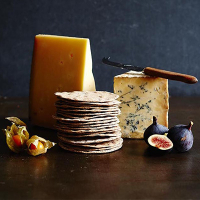