Bear’s story begins from a simple need to make being healthy a little bit easier and a whole lot tastier.

As a personal trainer, the founder Hayley, was constantly confronted with people growling about difficult diets. Families were finding it hard to get their kids to eat fruit. She searched the world for a healthy alternative and named her company Bear after an article she read in January 2009. The article studied bears that had drifted into cities to forage from behind junk food joints and compared them to bears eating natural foods.

The city bears were 30% fatter than their wild bear friends, as well as 30% less active. Sadly, the city bears were all dead by the age of 10, whilst over 60% of the wild bears lived on healthily. The story resonated Hayley, who believed that processed foods were a problem for her friends and family. And so Bear was born! 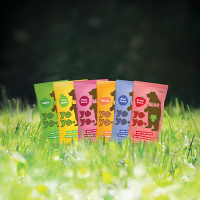 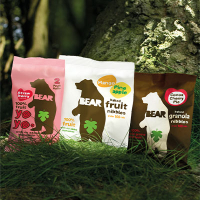